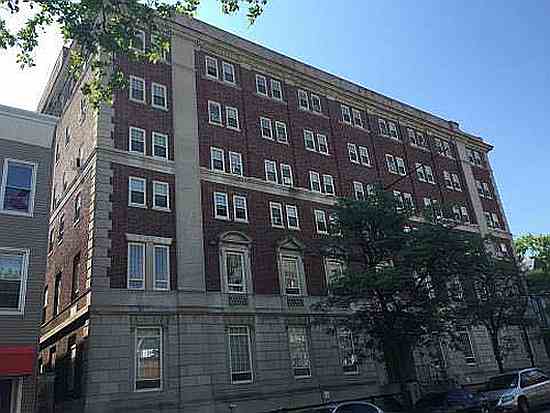 In 1999, The Community Builders (TCB) – one of the nation’s leading nonprofit housing organizations – redeveloped the residential building within Jersey City’s historic YMCA complex into a 131-unit property offering 59 single room occupancy units and 72 studio apartments for the homeless.  For the past two decades, the Bergenview Apartments have served as a high-quality supportive housing resource for the area.

But over the years, the physical condition of the building has deteriorated, and this year TCB turned to the Leviticus Fund for support for a second redevelopment of the apartments.

Our $1.45 million predevelopment loan will finance the first phase of a two-phase project.  The first phase will involve removing the boiler from beneath the gymnasium adjacent to the Bergenview and installing a new boiler in the cellar of the apartment building.  The relocation of the boiler is critical to subsequent development plans for residential units on the adjacent site that will be known as Fairview Heights.

The second phase, which will be funded separately, will undertake a substantial rehabilitation of the property and convert the remaining single room occupancy units into studio apartments.  When the project is completed in December 2020, the Bergenview will be home to 111 formerly homeless residents and will include a one-bedroom apartment for a superintendent.

The redevelopment is part of TCB’s ambitious plan for the YMCA complex that calls for demolishing the gym and racquetball courts, which have been unused for years, and building Fairview Heights, a new 10-story, 92-unit mixed-income residence within their current footprint, next to the Bergenview Apartments.

TCB, which owns properties in 14 states and the District of Columbia and has developed over 29,000 affordable and mixed-income housing units, is well known to Leviticus. The Jersey City project is our ninth loan to support the nonprofit’s work.  We are very pleased to continue our partnership with this outstanding, mission-driven organization, which was the recipient of our 2019 Leviticus Cornerstone Award.