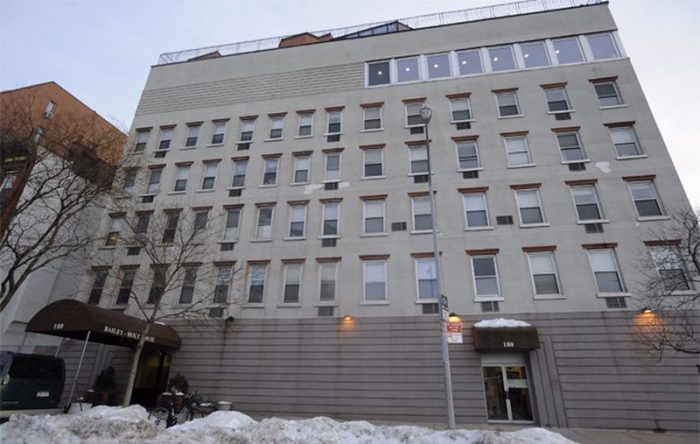 Leviticus Fund provided a $900,000 predevelopment loan to finance activities associated with the redevelopment of Bailey-Holt House, the nation’s first group housing facility for people with AIDS.

The facility, located in New York City’s Greenwich Village neighborhood, was created by Bailey House Inc., a leading provider of services to individuals and families living with HIV/AIDS and other chronic illnesses. Since its founding in 1983, Bailey House has been committed to providing housing first and then building on the stability that secure housing provides to improve the health and well-being of its clients.

The existing Bailey-Holt House is an aging, five-story building with 46 single-room-occupancy units. Bailey House plans to demolish the structure and replace it with a new affordable and supportive housing facility with 21 one-bedroom apartments as well as 58 studio apartments that will be set aside for people living with HIV/AIDS, serious mental illness, and substance use disorder. Residents of the studios will receive a variety of supportive services. All of the units will be affordable to households with incomes below 60 percent of the area’s median income.

Underwriting the loan for the Bailey-Holt House project proved to be a challenge for Leviticus. Bailey House had recently merged with Housing Works Inc., one of the nation’s largest HIV/AIDS service organizations. The Leviticus team soon discovered that, although the two organizations had an existing relationship and well aligned missions, their dual financials would be difficult to line up and reconcile. It was the kind of loan that many traditional lenders might be reluctant to approve.

But we were undeterred. Our team knew that the project would likely stall without financing from Leviticus and worked hard to find a way to approve the loan while also remaining very diligent in assessing the risks. As a result, the Bailey-Holt House project is moving forward, and Leviticus has forged a new relationship with Bailey House and Housing Works that we hope will bear fruit for some of our region’s most vulnerable populations for years to come.